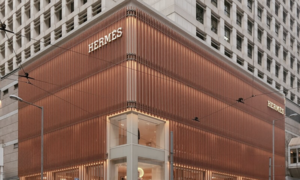 A $2.7m day: luxury brands and the green shoots of recovery

Who could use some good news today? As the Coronavirus pandemic spreads round the world, many of us in Europe and the Americas are seeking simply to protect ourselves and ride out the current storm.

But one day this will be over. We do not know exactly what that day or the market it presents will look like, but we can be sure it is coming.

I spoke early in this crisis about why I thought closing up completely was an error as we must ensure there is an industry to come back to. While governments and officials have largely and correctly enforced closures around the world, the moments of recovery we are seeing show that the luxury sector will be at the heart of our new growth.

Luxury is, in its essence, something people aspire to – an expression of their best selves. Luxury brands are also emblematic of a sense of permanence and stability – and we all need both those things right now.

As a result, it is little surprise to see that luxury names are leading the way as China and parts of Asia begin to breathe hopeful life back into their economies and try to take the first steps towards recovery.

In the middle of March, parts of China began to lift the lockdown which had been imposed for weeks. Among the names which were making headlines were Apple, and a host of luxury brands outlet malls which opened their doors to tentative shoppers.

Those that did so turned in impressive results.

Hermès reportedly accomplished $2.7 million in sales at its Guangzhou store in one day.

Bulgari has seen an 80% increase in traffic since the start of April, with sales for that period now up 10% on last year.

LVMH’s CFO  Jean-Jacques Guiony told Vogue Business: “The numbers became positive in the second half of March and have been gathering speed in April.”

This is fantastic news for the market and similar green shoots were visible for travel retail early this month as Lagardère opened 88 shops at Wuhan Tianhe International Airport, in the city which was once the epicentre of this crisis, but now normal life is beginning to resume as the rate of new infections falls.

Big, luxury brands will offer something both exciting and reassuring for those who venture out – and in most cases have the resources to be able to lead the way.

Opening in such conditions is a challenge and it requires brands which possess two key assets: Branding and money.

Opening will cost money and shoppers will be unsure. Big, luxury brands will offer something both exciting and reassuring for those who venture out – and in most cases have the resources to be able to lead the way.

When it is deemed safe to do so, luxury brands around the world must be willing to take the stand and lead the way in opening their doors. We must be prepared to show the market is alive and that we are there to invest in both it and our shoppers. And, most importantly, we must be ready to do so too.

PrevPreviousLeading by Example: Why it’s great to see luxury brands stepping up
NextLight it up: What we can learn from Lunar New Year activations in travel retailNext